Rushing toward the upper courts for an after-work match, tennis players at the Amy Yee Tennis Center might be surprised to glance up and find themselves surrounded by one of Seattle’s emerging new urban orchards. This hidden orchard shares an 8.5 acre site with the Center’s 10 indoor and 6 outdoor tennis courts.  Completed in 1977 and operated by Seattle Parks and Recreation, the tennis center was named in honor of Seattle tennis star and south Seattle resident, Amy Yee.

Who was Amy Yee? – Amy Yee (1922-2000) grew up on a Vashon Island farm and brought a love of gardening, flowers, and vegetables with her when she relocated to a home on Seattle’s Beacon Hill.  A tennis star and an inspirational teacher, Yee offered free tennis clinics at schools and public parks for more than 30 years.  Her students ranged from young people to adults and included two future mayors of Seattle.

On August 28, 2002, two years and two weeks after Yee’s death, Seattle Parks and Recreation named the tennis center after Amy Yee to celebrate the life and accomplishments of the local athlete and teacher.

There are 30 fruit trees on the property. Most are apple, but there are also pear trees and a quince graft.  These fruit trees can be found along the east side of the parking lot, on the upper terrace both north and south of the outdoor courts and on the steep slopes between the two terraces.  While some of the trees are the remnants of historic orchards, others are apparently seedlings.  Most of the varieties have not yet been identified.

Orchard Development – Until 2009, most of the trees were unrecognizable as fruit trees, so buried were they in blackberry bushes, Scotch Broom, and other invasive understory plants.  To reclaim the trees as a valuable park asset, Don Ricks, a volunteer steward, worked with Solid Ground, Seattle Parks and Recreation staff, and volunteers from the YMCA Center for Young Adults and PopCap Games.  This broad mix of volunteers removed invasive plants, mulched, and pruned the trees, and harvested the fruit.  City Fruit joined the effort in 2012, recruiting and training other expert stewards and organizing work parties.

As invasive plants were removed and the site was cleared, more fruit trees were discovered.  In 2012 and 2013, grafting was done on a number of trees to introduce better quality fruit varieties, including Hudson’s Golden Gem, Liberty, and quince. Edible fruit harvested at the site was donated to the Rainier Valley Food Bank.

The Amy Yee Tennis Center Orchard is proof that a productive orchard can mutually coexist with an active urban recreational facility.  The next time you find yourself walking away from a fall tennis match at the Amy Yee Center, remember to look up, help yourself to the abundance of fruit on the site and enjoy the crisp taste of a fresh, juicy apple. 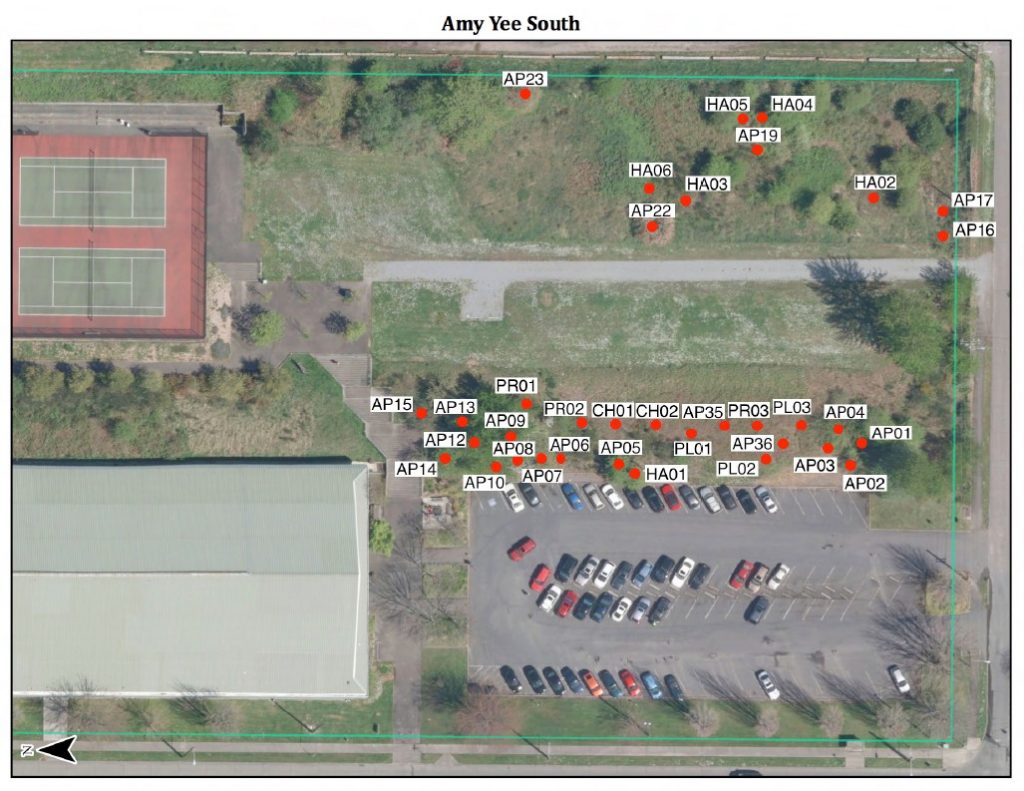 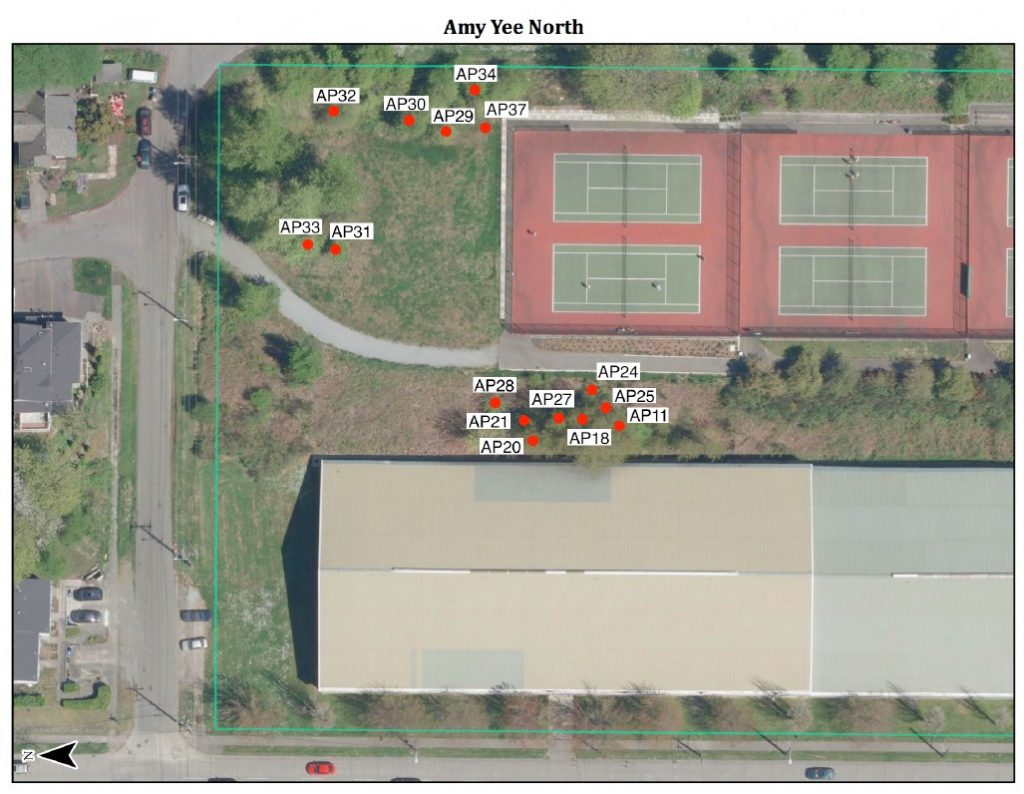 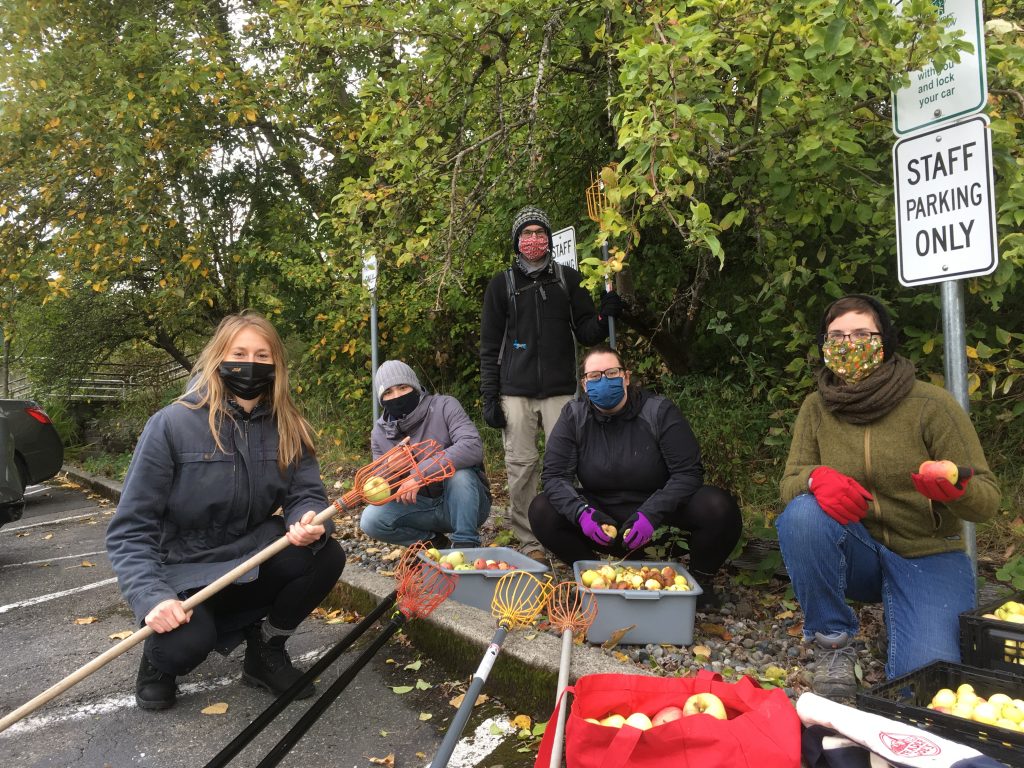 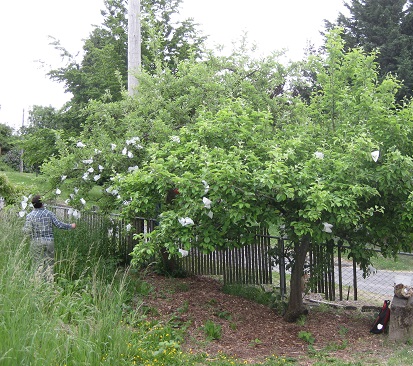