The Burke Gilman Trail is a recreational biking, walking, and jogging tail that runs from Fremont to Kenmore (about 15 miles).  This linear orchard provides healthy fruit and serves as a pollination corridor in the heart of a dense urban environment.  Fifty-four fruit trees have been rescued from blackberry-tangled, neglected areas along this 1.5 mile long section of the trail.  Some are heritage apples, many are volunteer seedlings (seedlings that grew from fallen fruit), 15 are donated nursery plantings, and 17 are transplants rescued from less than ideal locations in other parts of the city.

From Railroad to Public Trail – In 1885, Judge Thomas Burke, Daniel Gilman, and ten other investors set out to establish a Seattle-based railroad.  Their Seattle, Lake Share & Eastern Railroad was a major regional line serving Puget Sound logging areas.  The line was acquired by Northern Pacific in 1913.  By 1970, however, rail traffic had all but disappeared on the railroad right-of-way.

Recognizing the potential of the property, visionary citizens launched a movement to acquire the right-of-way for a public biking and walking trail.  On September 12, 1973, twenty-five organizations and over 2,000 participants held a hike-in along the rail line and a rally at Matthews Beach.  More than 1,600 people signed a petition asking Burlington Northern to donate the land.

The public trail became a reality in 1973.  Ownership and jurisdiction of the right-of-way within Seattle were shared by Seattle Parks & Recreation and Seattle Engineering Departments, the University of Washington, and the State of Washington.

The original 12.1 miles of trail connecting Seattle’s Gas Works Park with Kenmore were dedicated in 1978.  Since then, the Burke-Gilman Trail has been connected to the Sammamish River Trail at Bothell’s Landing, inching toward the ultimate goal of a contiguous trail extending from Golden Gardens Park in Ballard to Bothell. 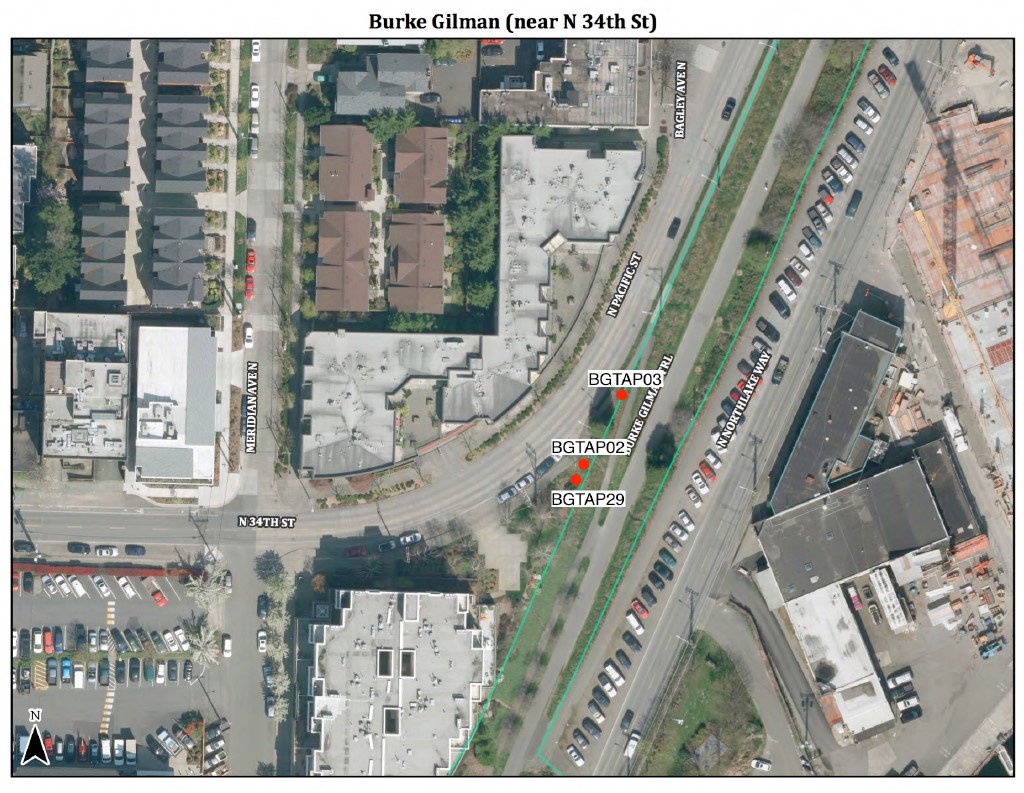 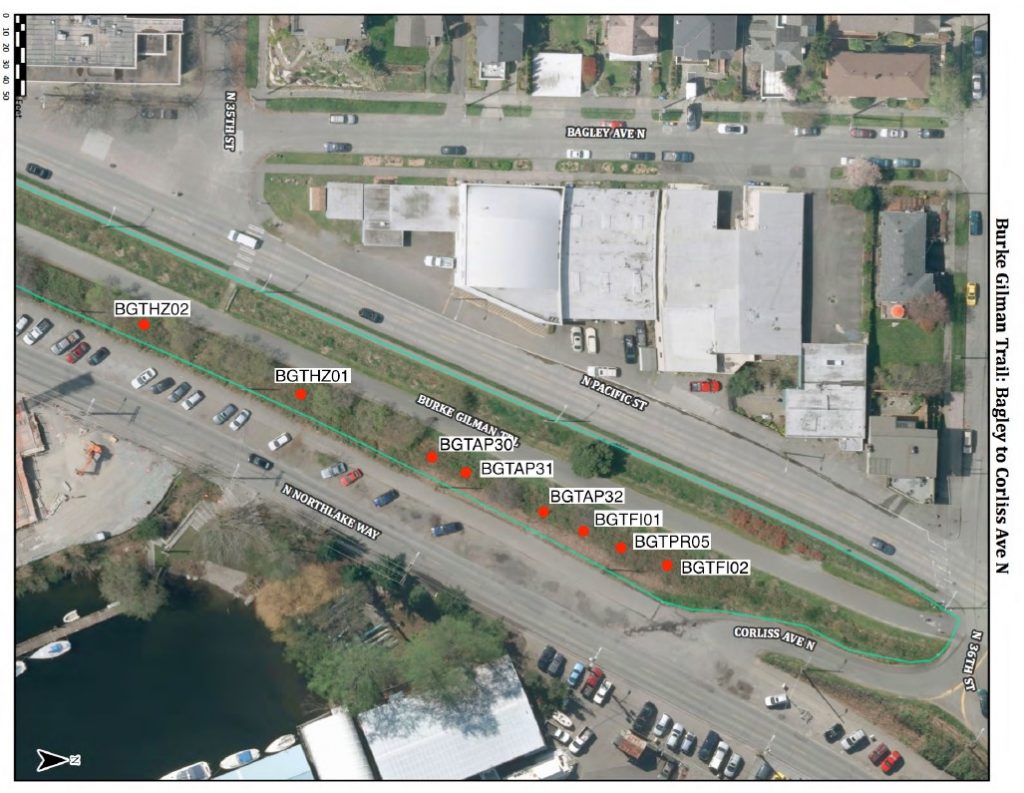 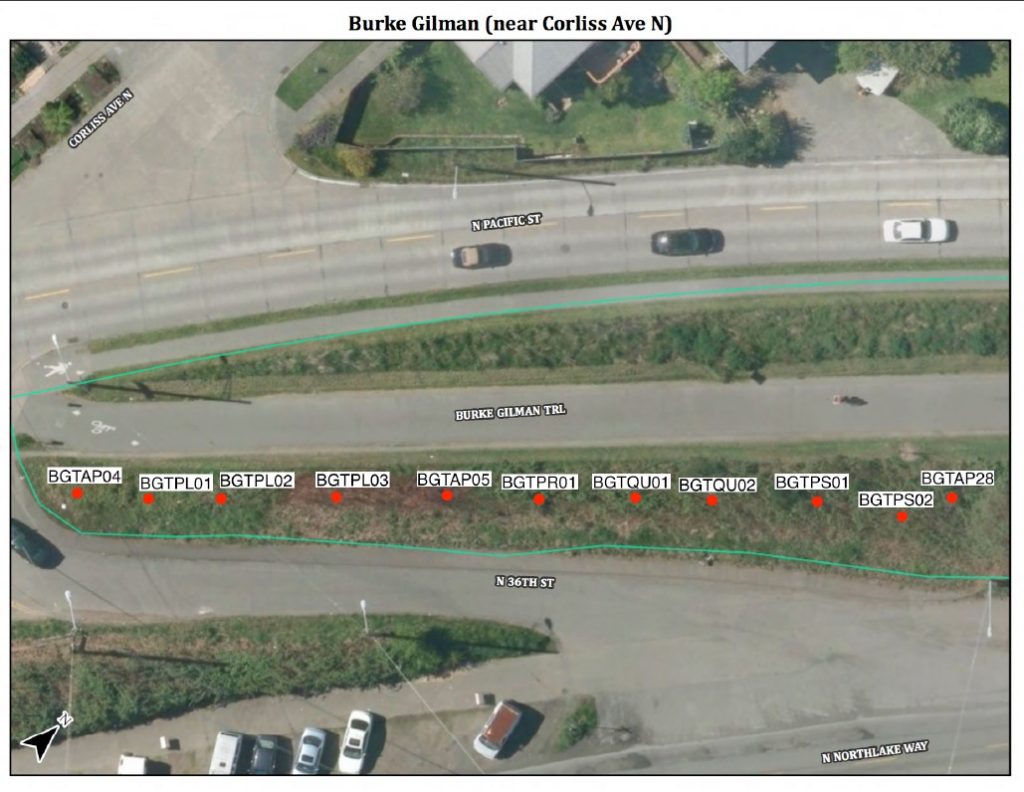 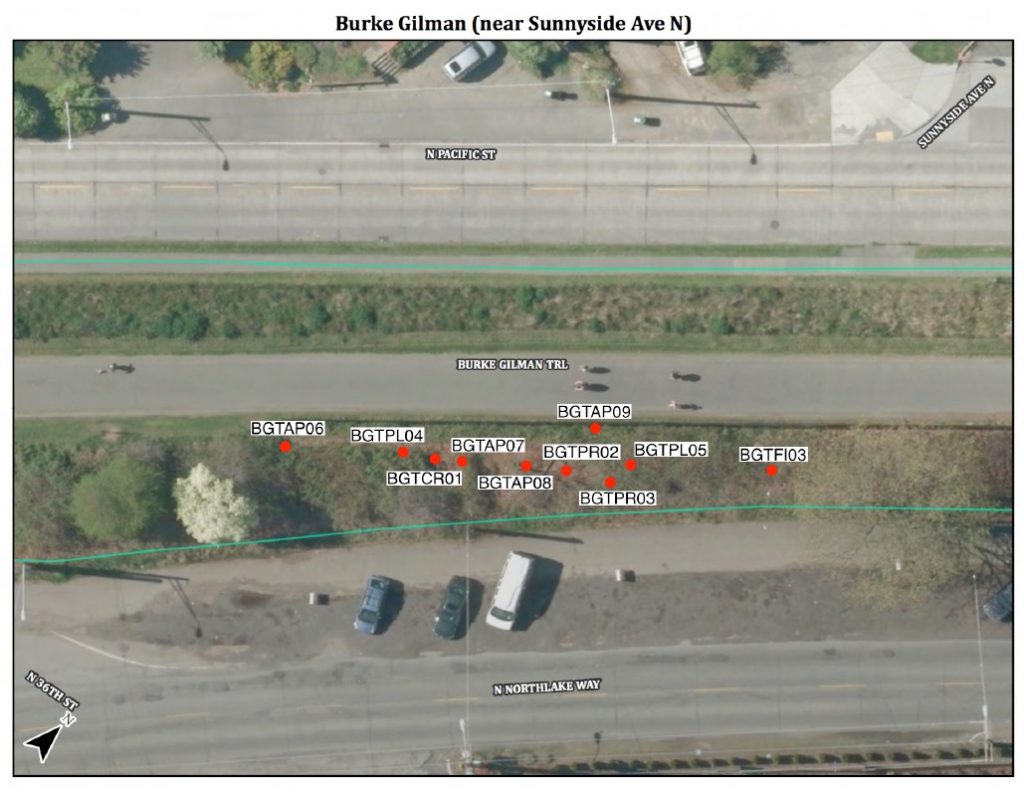 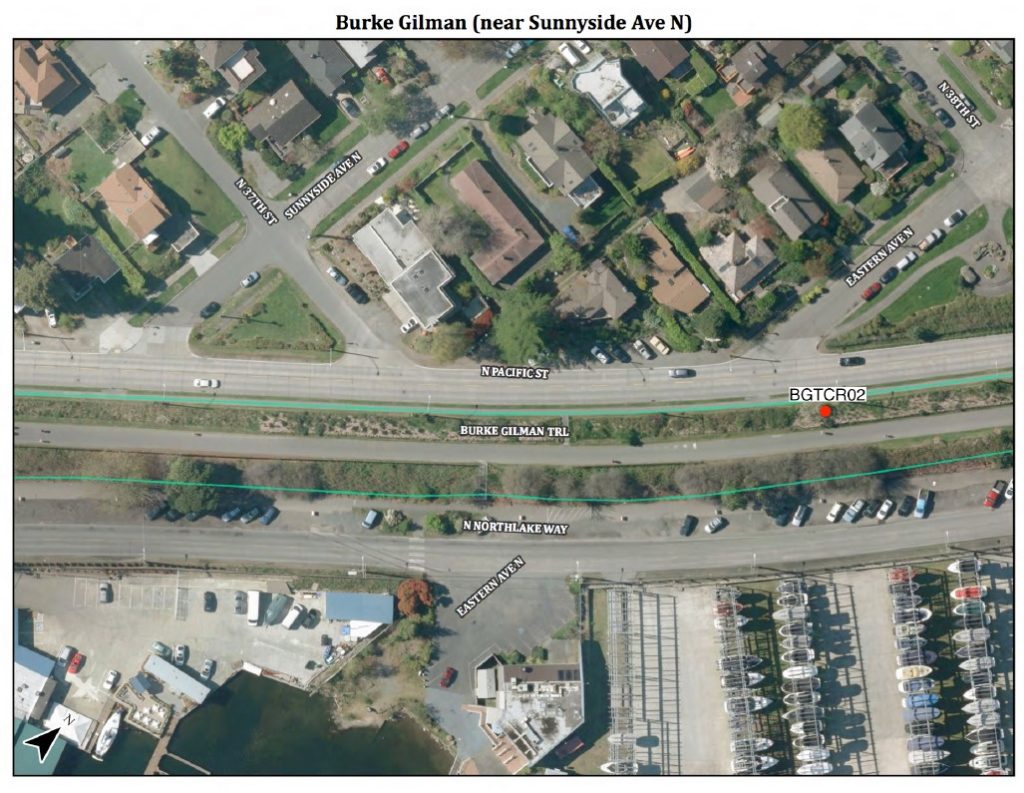 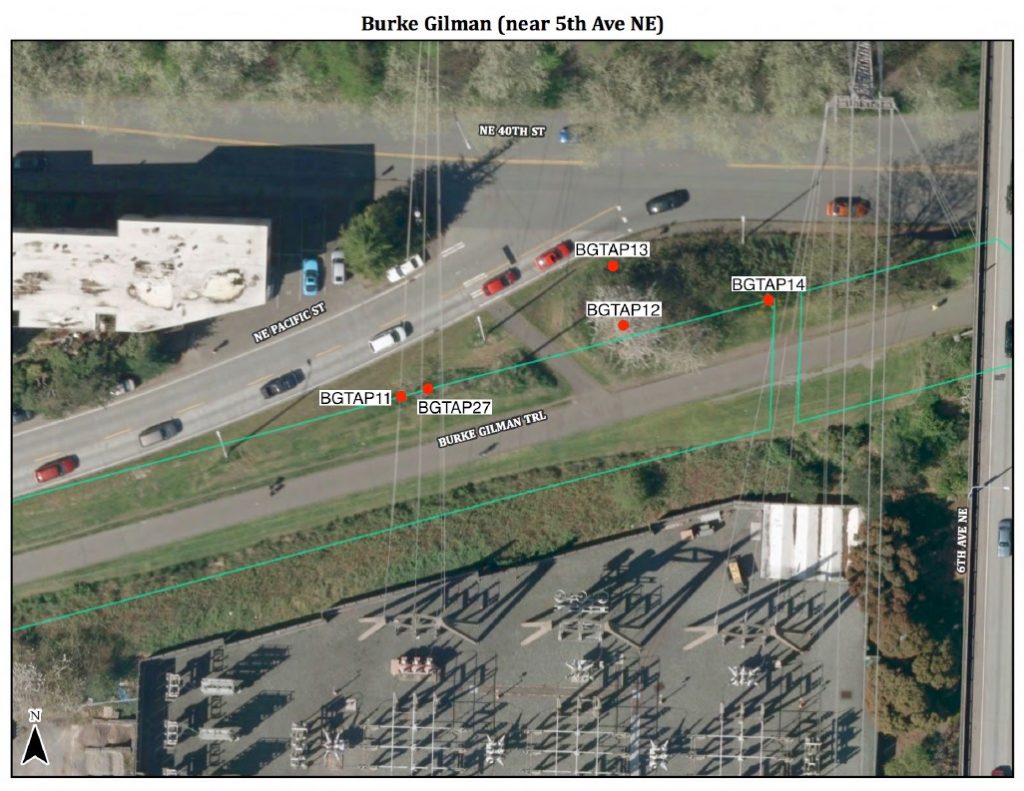 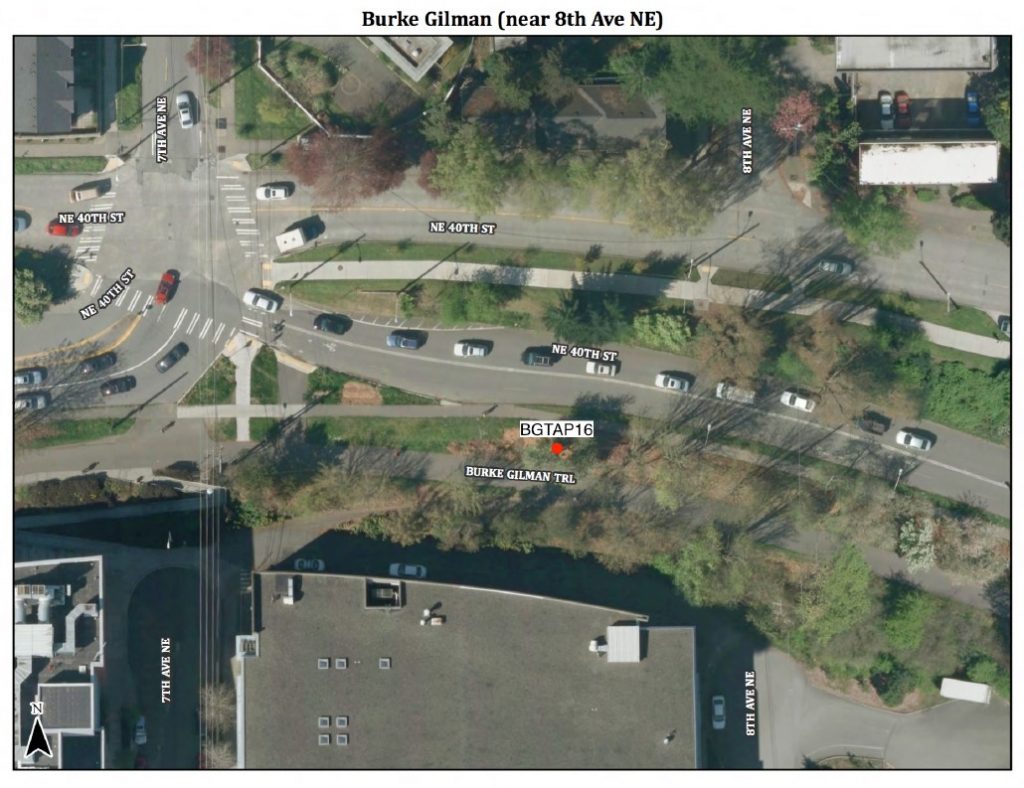 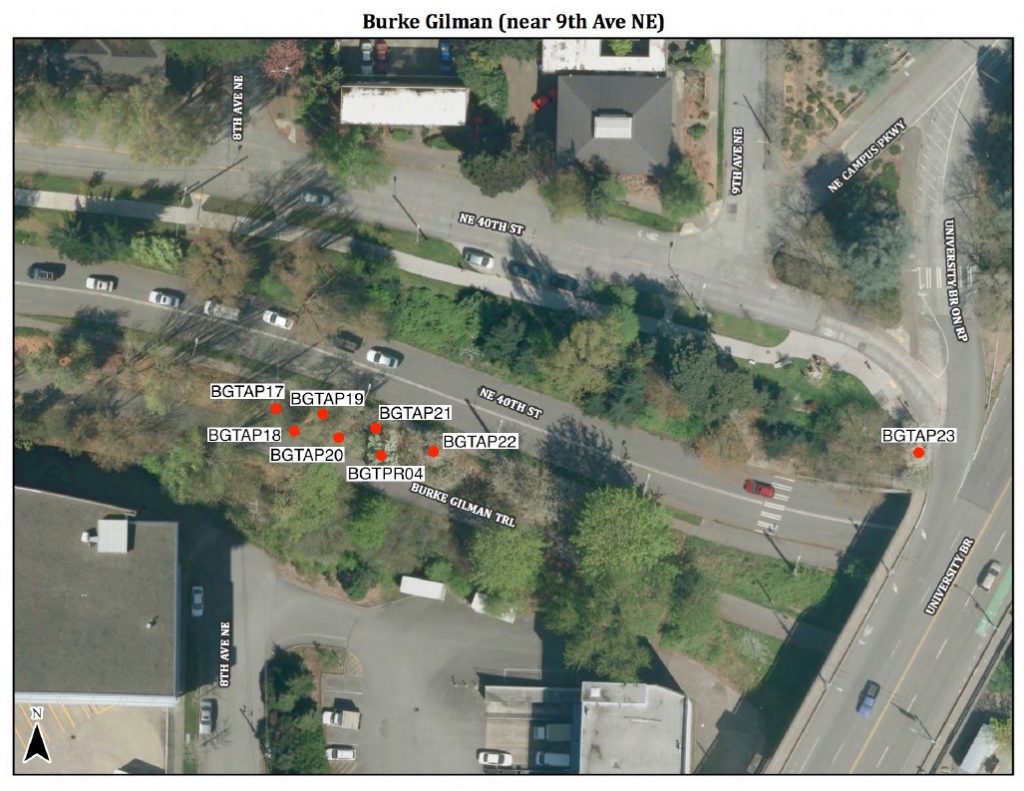 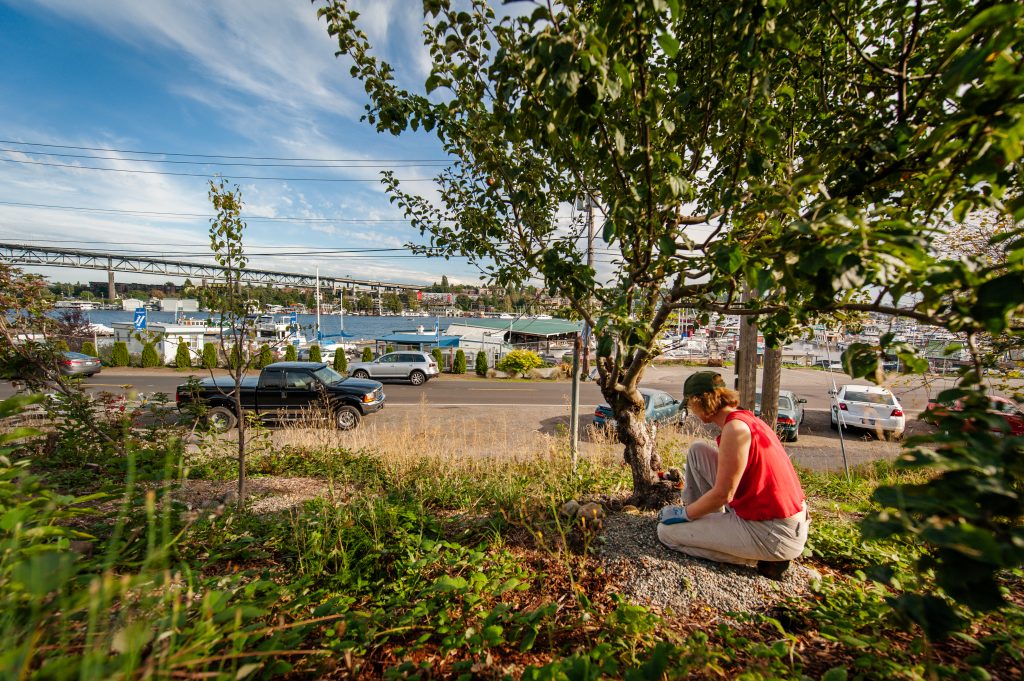 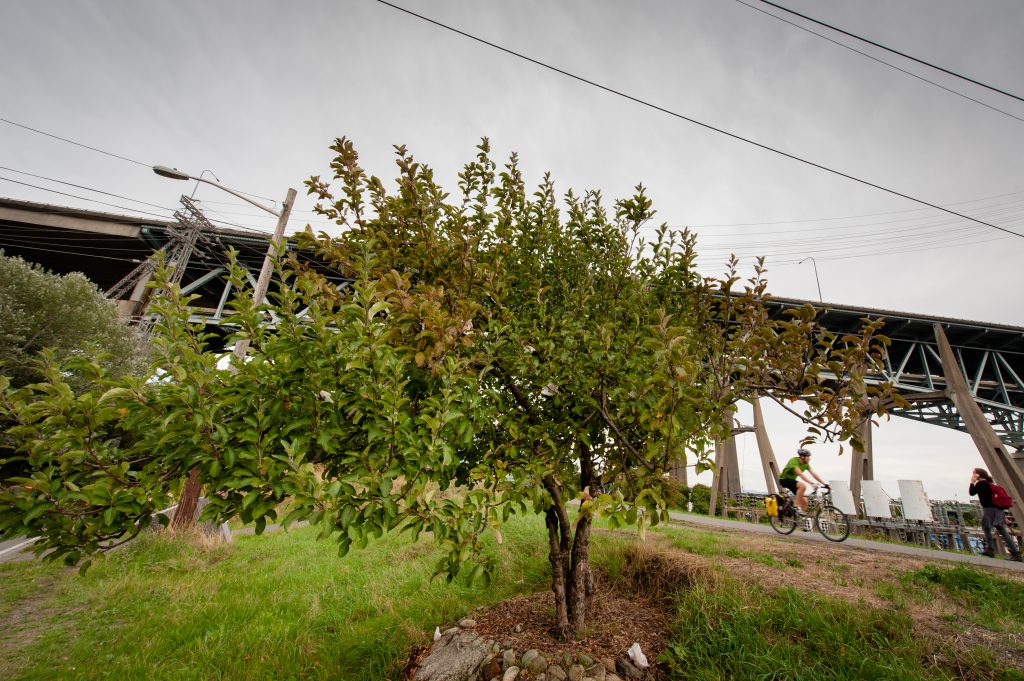