Types of fruit grown within this orchard: Heirloom apple varieties (including types like MacIntosh, Oldenburg, and Winter Banana), plums.

The Sisters of the Order of the Good Shepherd arrived in Seattle in 1890, at the invitation of the Bishop of Nisqually, who was seeking a group to care for orphaned girls. The sisters soon outgrew their initial facility and were compelled to seek larger quarters.

A building committee composed of prominent citizens, which reads like a list of ‘Who’s Who in Early Seattle,’ acquired a vast tract of land in Wallingford and in 1906 laid the cornerstone of the present building. On July 31, 1907 the Sisters of the Good Shepherd and their charges took possession of the facility, which had been erected at a cost of $125,0001

The structure is located “approximately at the center of the Wallingford – Meridian community, crowning the highest point of land between Lake Union and Green Lake.” 2  The building was designed by the short-lived architectural partnership of Breitung & Buchinger, whose commissions from the Catholic Archdiocese also included the Academy of the Holy Names, which is still standing, and a number of other buildings that have since been destroyed. 3 “The land was divided into beautiful orchards and vegetable gardens, poultry houses and root cellars, allowing the sisters some degree of independence and [financial] security.” 4

The original orchard consisted of a number of varieties of apples, pears, plums and cherries.  There are now only approximately 44 trees remaining of the original 200 plus trees: 28 apples, ten cherries and 6 plums, but no pears.  Varieties include, among others, Winter Banana, MacIntosh, Jersey Black, Rhode Island Greening, and Oldenburg apples as well as Early Transparent and Italian Prune plums. The Winter Banana apples were grown to for use in cider, while others were stored for fresh eating or culinary uses.  The girls who lived at the school helped care for the orchards, harvested and processed the fruit.  In the 1960 and 1970s when there were fewer students, the orchards fell into disrepair. After the Seattle Parks department acquired the property in 1979, the renovation for Meridian Playfield required removal of many of the fruit trees.

Today, the Meridian Playfield Orchard is stewarded by the community group, Friends of Meridian Playfield (FOMP), and Seattle Parks.  The park is abuzz with activity all year long!  A children’s area features book-themed sculptures scattered among play structures.  The Seattle Tilth Alliance Children’s Garden was created atop a filled-in swimming pool and its former bathhouse was converted into a gazebo.  The surrounding large grass fields are available for sports and picnics, and the historic trees still offer their gifts of fruit to the surrounding community.

Architecture: A Historical Guide to the Architects (Seattle: University of Washington Press, 1994), pp. 86-87. 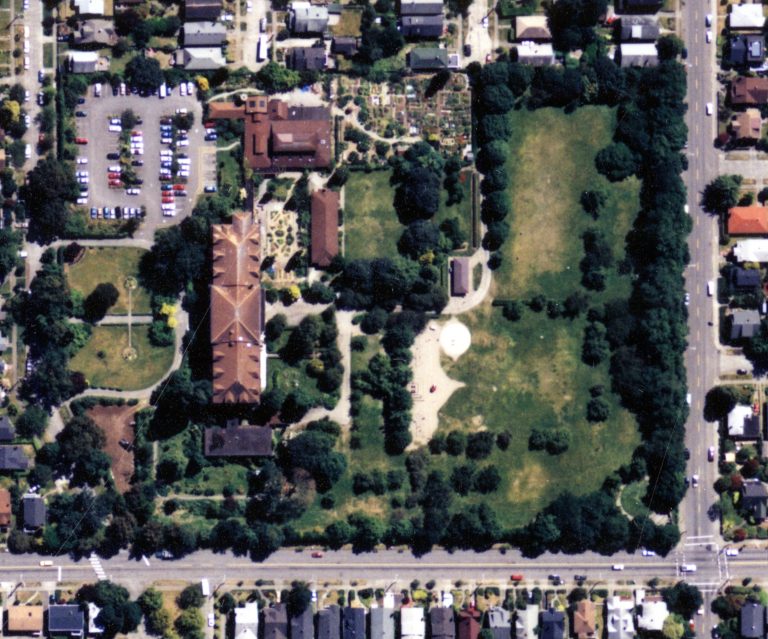 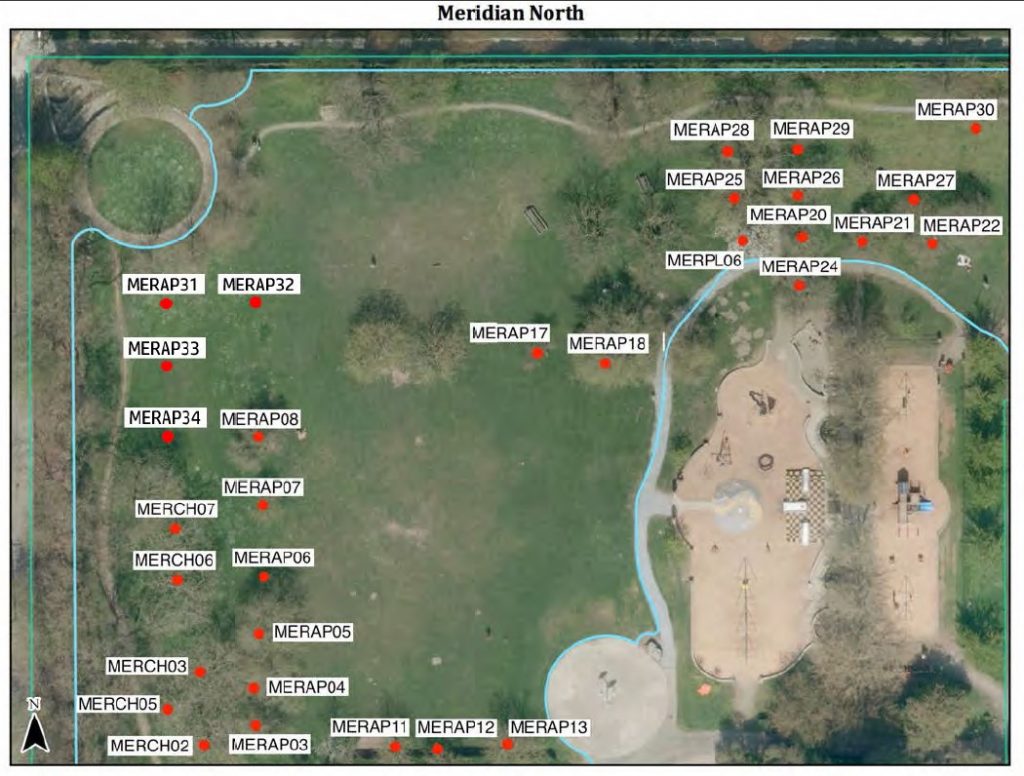 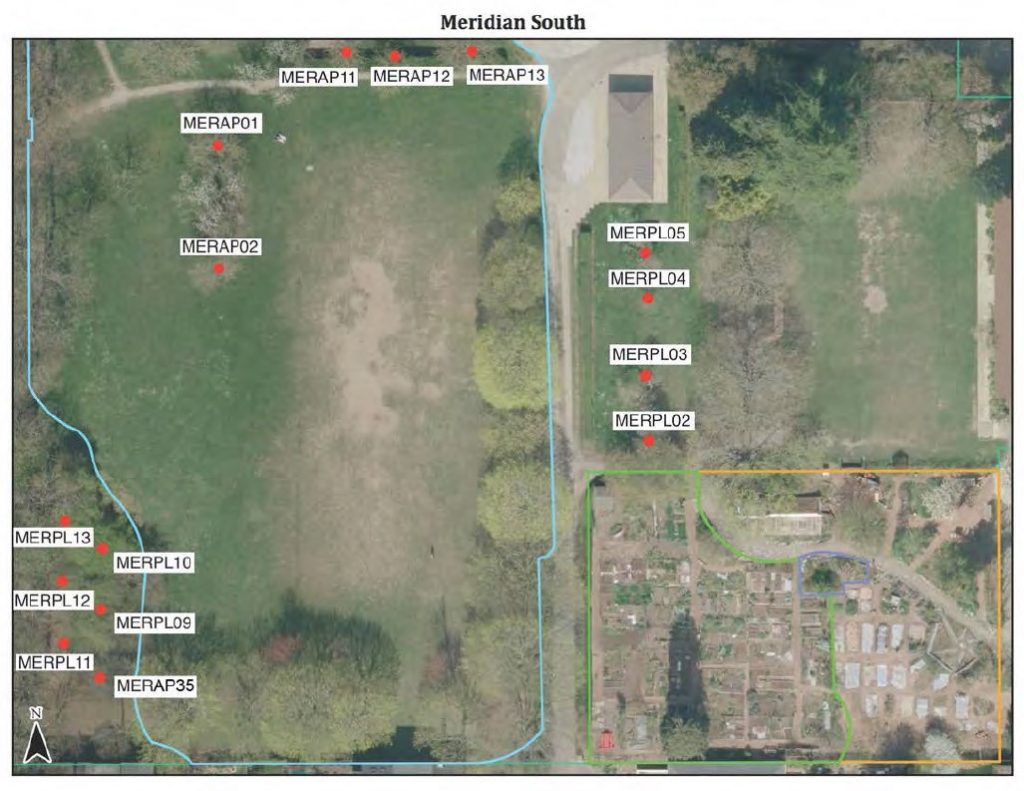 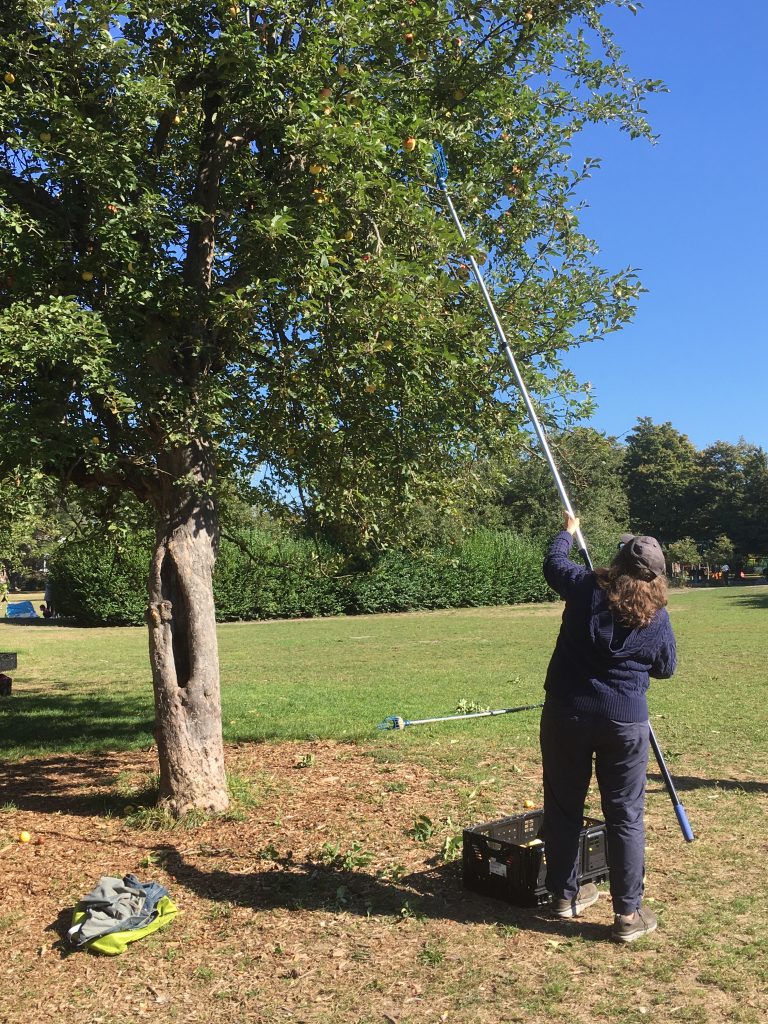 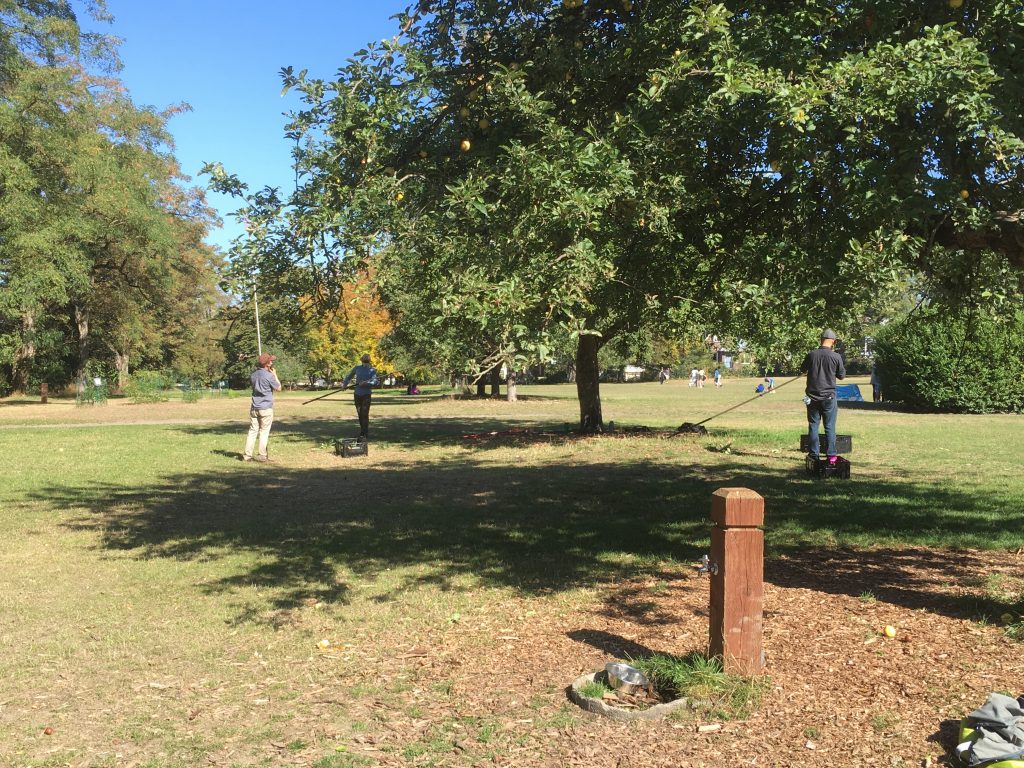