At City Fruit Celebrates our beverage of choice is of course CIDER! Masterfully crafted by our partner cidermakers, using beautiful fruit grown in our region.  This year we’ll get to toast to our Great Seattle Fruit Harvest success with an amazing selection of ciders by these 10 fabulous cideries.

We are thrilled to welcome a few new cidermakers at this year’s Celebrates, and we cannot wait to try their skillfully crafted ciders that showcases apples and all the fruit that we love! Brownrigg Hard Cider is a small batch urban cidery located in the SODO neighborhood of Seattle. The owner and cidermaker Chris Brownrigg used to make cider as a hobby for 10 years before he opened Brownrigg Hard Cider in 2017. He only uses fresh pressed apple juice from Washington State apples, including some that he grows himself right here in Seattle. He is a fruit enthusiast and has over 40 fruit trees that include apples, grapes, figs, currants and hops, and many of them are used in his cider creations to offer unique flavor profiles. He is clearly not afraid to experiment with unusual flavor additions and his lineup includes Ginger Fig Leaf, Cherry Cardamom and Dandelion.

Another cidery who is going to make their first Celebrates appearance is Chatter Creek Cider. Chatter Creek was originally founded as a winery in 1996 in Woodinville, WA by a wine industry veteran Gordon Rawson who started making wine and cider as a hobbyist while working for a wine distributor. In the beginning Chatter Creek Winery made sparkling wines and soon expanded into still red and whites from select Washington vineyards. Then in 2015, based on the belief that cider is essentially a wine made from apples, Gordon decided to return to his roots and apply his considerable winemaking experience to making fine ciders using Washington state apples and the finest whole ingredients. The result is the contemporary ciders made with a winemaker’s sensibility that offers the complete experience of aroma, structure, length and finish.

Dragon’s Head Cider is located on idyllic Vashon Island where they grow over 75 varieties of traditional English and French cider apples. Dragon’s Head Cider takes a traditional approach to cider making, focusing on the apple varieties that they use and the quality of the fruit. “We love the story that apples alone can tell through cider, altering the flavor by changing the blend of apple varieties that we carefully select,” says the cidermaker. “The Process is simple and the ingredients list is short. Perhaps we’re a little old fashioned.” After pressing the apples in the fall, they fill up the tanks with fresh pressed juice to ferment during the winter. Then come spring, it’s time for blending trials. The artistry of cider making is finding the perfect balance of the unique characteristics of each apple to create a blend, or occasionally recognize the balance of an individual apple which allows it to stand alone as a single varietal cider.

Founded in 2008, Finnriver Cidery is at the forefront of the Pacific Northwest hard cider revival. This Washington staple is driven by the mission to inspire a deeper connection to the land that sustains us.

Today, Finnriver crafts a range of traditional, contemporary and seasonal ciders made mostly from local Washington fruit, along with a slew of spirited fruit wines. Most of their products come from an organic orchard of traditional cider apples, located on a historic former dairy that has been renovated to establish Finnriver’s organic farm and apple orchard, a working farm collaborative, public tasting room, and a farm-based community gathering place for people of all ages.

Their tasting room is open seven days a week, and well worth a drive out on the scenic Olympic Peninsula!

At Greenwood Cider, they make cider the hard way. Hand-pressed, hand-picked, and left to mature longer, their cider is dry, distinct, and designed with the discerning drinker in mind. Greenwood Cider sources apples and pears from large and small producers alike, and forage heirloom and wild apples from homesteads and abandoned orchards for complexity and flavor only found in their ciders. By incorporating regional ingredients, from Cascade mountain huckleberries to wild rosehips, fire-roasted hot peppers to Douglas fir tips, Greenwood Cider blends modern tastes with traditional cidermaking. As Seattle’s small-batch cidery, they make cider the way they like them: the hard way.

Idun Cider is one of the newest members of the Seattle cider scene and we can’t wait to try their creations at this year’s Celebrates! Idun Cider is a brand new company focused on using heirloom fruit from the Pacific Northwest. Their flagship offering is a dry New World styled cider using a blend of gravenstein, winesap, and newtown pippin heirloom apples, for a tart apple forward cider.

Idun Cider is named after Idun, the Norse goddess of apples, springtime, and youthfulness. They believe in a product that is 100% local, 100% fresh, with all premium cider apples from the start!

Schilling Hard Cider was founded by cidermaker Colin Schilling in 2012. Colin began making cider at the tender age of 14 on his family’s Idaho farm, and cider making has been a family tradition since the 70’s. Today, Schilling Cider focuses on creating innovative, bold flavors while using 100% fresh-pressed apples, locally sourced ingredients, and hand-selected yeast strains to create a cider experience that is truly unique. Colin is also passionate about educating consumers about craft cider – and what’s not craft cider. To further support that effort, Schilling Hard Cider also offers cider-making classes,  generally on the second Saturday of each month (September – February). 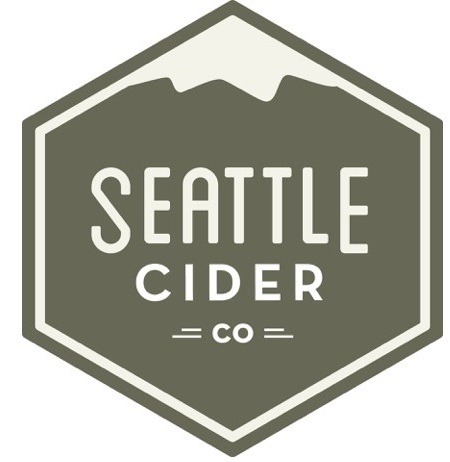 Seattle Cider Company was founded in 2013 by Joel Vandenbrink, who was previously known as the founder of Two Beers Brewing Co. Seattle Cider Company is the first cidery to produce cider in the city limits since prohibition, and it was a long time coming in a city that was leading the resurgence of craft cider movement at the time. Challenging the notion that cider has to be overly sweet, Seattle Cider Company focuses on creating flavorful ciders with limited sweetness using all natural ingredients and fresh pressed Washington apples.

Sound Craft Seltzer Company is the newest venture by the creative minds behind Seattle Cider Company. This time, they are taking on craft hard seltzer. Passionate about creating an accessible and delicious handcrafted option for the hard seltzer category, Sound Seltzer’s flavors start with the highest quality organic ingredients resulting in a refreshing drinking experience where real flavors are the emphasis of every sip. Sound Seltzer made its debut earlier this year and the inaugural lineup includes Rose, Cucumber and Grapefruit, and each flavor contains a subtle and crisp flavor derived directly from fermenting on fresh and organic ingredients.  They will be a refreshing addition to the cider lineup at this year’s Celebrates! 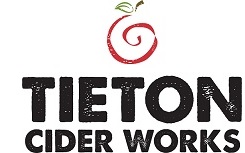 From branch to bottle, Tieton Cider Works controls every aspect of the growing and cidermaking process. It boasts the largest orchard of cider varieties in Washington State and the largest Perry pear orchard in the United States. Tieton Cider Works blends American, English and French cider varieties with its organically grown dessert apples to capture the best of what each variety brings to the bottle: sweetness, acidity, tannin and aroma. The results are ciders with body and a depth of finish.

Tieton Cider Works’ family farm, Harmony Orchards have been growing apples, apricots, cherries and pears since the 1930’s. The family takes their stewardship of the land seriously and have been farming  organically for the last 25 years.